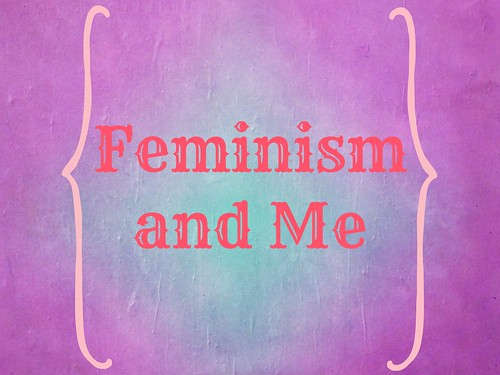 In honor of Women’s Equality Day (August 26th) and the 94th anniversary of the ratification of the 19th Amendment (something I wrote an extensive & exhaustive research paper on in AP American History in 11th grade), I just feel like saying what I am about to say. I am a Feminist. And I am disturbed by the direction the anti-feminism “movement” is taking us as a society. See below for just a taste:

Being a Feminist does not mean you hate men or want to take anything away from them. It doesn’t mean that women are better than men or that both genders don’t want mutual respect or admiration from each other for one another. Nor does it mean white privilege (I’m not sure how that keeps getting packaged with it to be honest…) or even that you must be a woman to be a Feminist (thank you Joseph Gordon Levitt).

It means that one can be, and can do, anything they want regardless of gender or identification. And that everyone gets respect for those choices so long as they are made soundly (no threats, coercion, etc). It means that you support the idea that women are as capable as men, likewise men are just as capable as women. That you recognize the division of sexes left a littered path of destruction through history some of which is still playing out to the detriment of both genders (and a couple other casualties on the sidelines). That as human beings we deserve a better society and equal footing with one another, especially due to the economic differences and stumbling blocks (walls?) the US is currently dealing to all tiers of monetary wealth or lack thereof.

I would say I am not anti-anything but that isn’t true. So instead I will say I am supportive that everyone gets to make their own decisions, in their own time, in their own way, however that may be. I am a DINK (double income no kids) because I choose to be. My sister and sister-in-law both are stay-at-home moms (and they both kick ass at it I might add). I fully support both of them, and anyone else, of their sound choices (I can’t and won’t support anyone who breaks the law or is forced into a choice against their wishes for example). Do I hope both are happy with their choice? Yes, absolutely. And if not I hope they can find something that does make them happy both for them and their families. But I am a Feminist because I want everyone to do what is best for themselves and their life, man or woman, to enrich society and one another.

Feminism has an ever evolving focus. It is the reason women are viewed on equal terms and are no longer viewed as property. To have some of the options we do. Do I need to remind anyone that raping your wife was first considered a crime in the late 1970s and wasn’t fully illegal until 1993? As the wording in prior laws specifically stated rape only applied to “women not identified as your wife” it was a big step up for men as well since now they could be raped in the eyes of the law.

And without Feminism we wouldn’t have the right to vote. Women lived and died trying to get that right. It is the reason we can decide our politics and what matters to us. And men were smart enough to see why it was necessary. My favorite story is still the one about Harry Burn from Tennessee that was urged to vote for it by his mother with the words: “be a good boy and help Mrs. Catt put the ‘rat’ in ratification.” Ultimately, he swung the vote in the Tennessee House to pass the amendment when they had been hopelessly deadlocked. Would it have passed in another state after failing in Tennesse? Probably. But that doesn’t change history or the story.

And while I certainly do not agree with all points of view it is nice to be reminded that many things young women take for granted today weren’t available that long ago (the last 6 about today though? Yeah, ignore that. What drivel and not a sound counter-argument to the first several points). So yes, being a Feminist means that I get to have my own opinions that belong to me, that I am responsible for. That includes insulting comments made about someone and their opinions (someone commented with “Oh god, they’ve managed to brainwash another one…” which given the focus of the article is insulting at best; it doesn’t matter who it is written about or whether you like them or not).

As for anyone who says they are for equal rights but are not a feminist I would just like to leave this bit of information here. The Equal Rights Amendment (or ERA) was written by a bunch of those Feminists that so many modern day anti-feminists like to vilify. It was never fully ratified, though it came very close. Since then a number of states have passed their own versions of ERA-type laws – not amendments – but as of today it is not in the United States Constitution with the stated implications that entails.

Oh, and one last thing, just because it totally fits here – this cartoon about Men and Sexual Harassment is evermore the reason that being a Feminist is good for both men and women. It’s about being a decent human being.

Do I speak for all Feminism? Nope. That’s not possible. There is no centralized organization or group speaking out for Feminism and why you need it, just people with ideas. I speak for me and my ideas. And this is me. Even if these aren’t even close to all my ideas about Feminism.